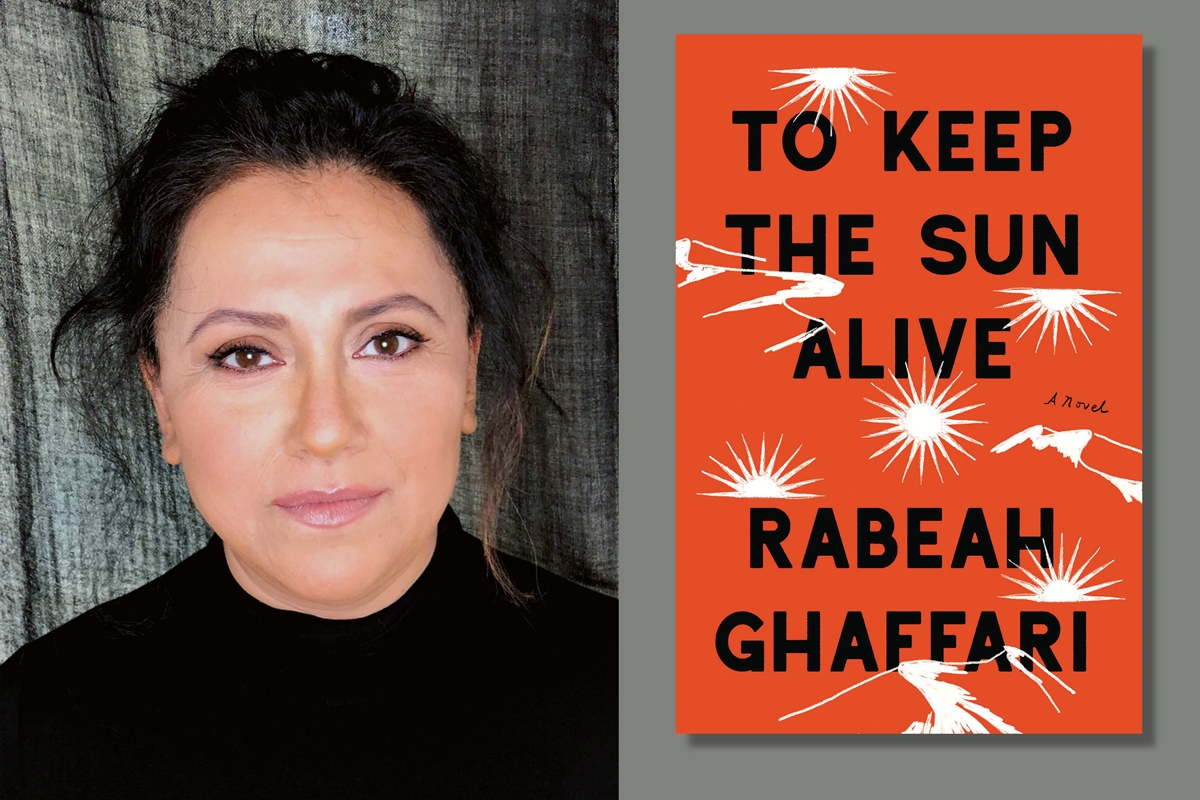 Alumna author Rabeah Ghaffari ’89 offered a reading from her recently published novel, To Keep The Sun Alive, in the C.V. Starr Library at St. Hilda's & St. Hugh's on May 23. The event, sponsored by the school’s Alumni Association, was attended by current faculty and teachers as well as alumni from Ms. Ghaffari’s years at St. Hilda’s & St. Hugh’s.
The novel takes place in 1979. Telling the story of one Iranian family and their idyllic luncheon gatherings, Ms. Ghaffari captures the building tensions of the Iranian Revolution.

Ghaffari was born in Iran and left the country months before the uprising began. She joined the St. Hilda’s & St. Hugh’s community in elementary school and graduated in 1989. She currently lives in New York City and is a filmmaker and writer whose work has appeared in the Tribeca Film Festival.

Ghafarri’s collaborative fiction with artist Shirin Neshat was featured in Reflections on Islamic Art (Bloomsbury/Qatar). Her documentary, The Troupe, featured Tony Kushner; the film received funding from the Ford Foundation and Lincoln Center. Ghaffari’s most recent feature-length screenplay, The Inheritors, was commissioned by producer/costume designer Patricia Field. To Keep the Sun Alive is her first novel.