When fifth graders talk about one of their favorite experiences at St. Hilda’s & St. Hugh’s, what tops the list is an immersive field trip 125 miles north, where they participate in The Mystic Seaport Ship to Shore Overnight Program.

One of the best parts of the trip is that it takes students out of their comfort zone and enables them to relate to what they’ve learned in American history. For example, they learned that children of the same age served vital roles during these times and trained to become apprentices, which is brought to life in the Ship to Shore program.

“Seeing the awe on their faces when they visited Colonial stores and learned about specific jobs and roles during these times is very inspiring for us as educators,” says fifth grade teacher Carolyn Borys. “Additionally, being with the entire grade and their teachers in a new place allows everyone to see a different side of each other with a new experiential lens.”

By reinforcing classroom lessons through real-life experiences, the St. Hilda’s & St. Hugh’s fifth graders cultivated an unparalleled sense of living in the past and how it shapes people today.

Further enhancing the overnight trip was that the fifth graders slept onboard the 1882 square-rigged vessel Joseph Conrad, three to a bunk. Originally designed to accommodate 80 boys, who were training to be in the Danish merchant service on the Baltic and North Seas, the fifth graders were astonished to learn that this vessel was run down by a British freight ship in 1905, only to be raised and rebuilt for service, before ultimately being retired in 1945. 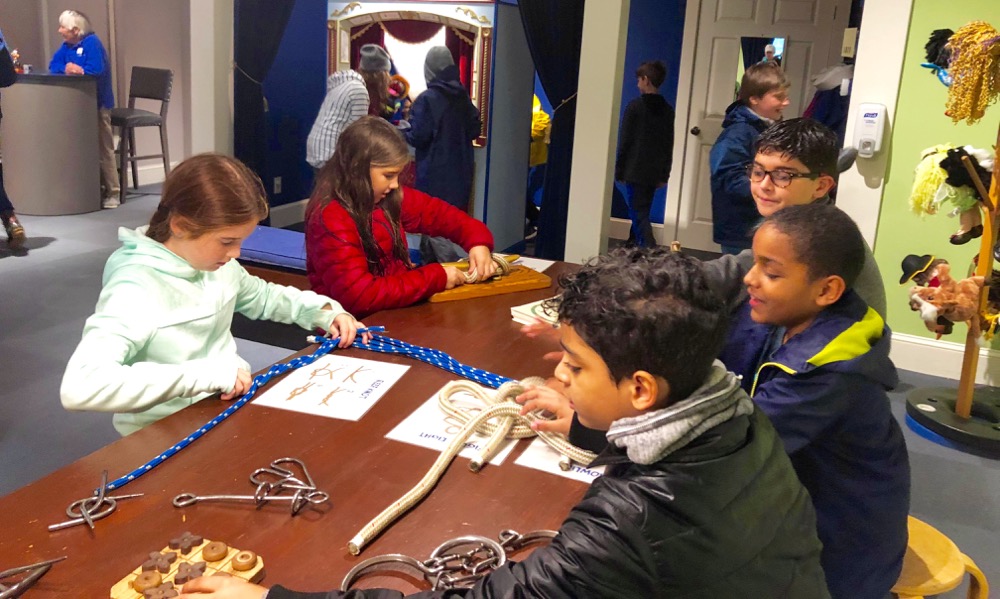 Other key features of the field trip included team-building activities that were organized by educators at the Mystic program. One theme that the children collaborated on was Haul Together, where students became sailors and discovered basic skills of mariners. The fifth graders mimicked Colonial times by teaming up to create rope and build a wooden barrel, using supplies that were provided.

By connecting the historical aspects of the students’ studies in school with the experiential learning in the Ship to Shore Overnight Program, the children began to understand the relevance and importance of how these developments benefit people in the 21st Century, using the past to inform present day and the future.

Kicking off the year with this field trip also works to connect the students together as a class.

“By taking this trip in September, the children bond as a group, which allows us to work on activities that require teamwork to accomplish tasks,” says Ms. Borys. “An experiential trip of this nature is exceptionally meaningful at this age because the children develop an understanding of collaborative, hands-on work that the typical school day does not generally allow for.” 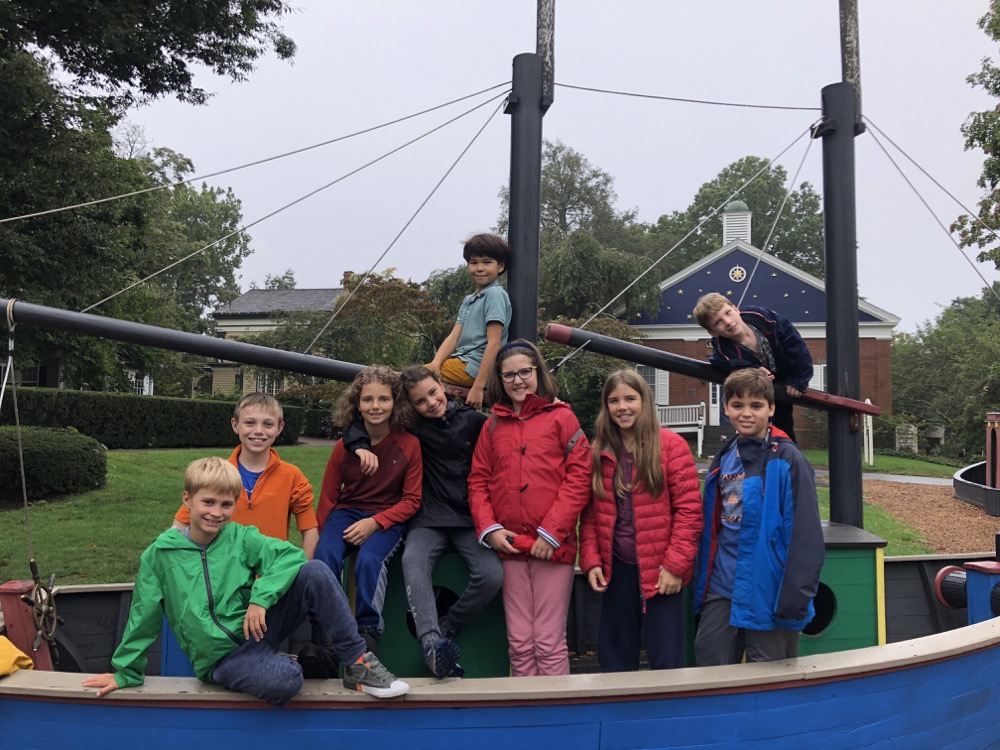