Alumna Actor Greets the Class of 2018: “Be Confident Enough to Be Kind” 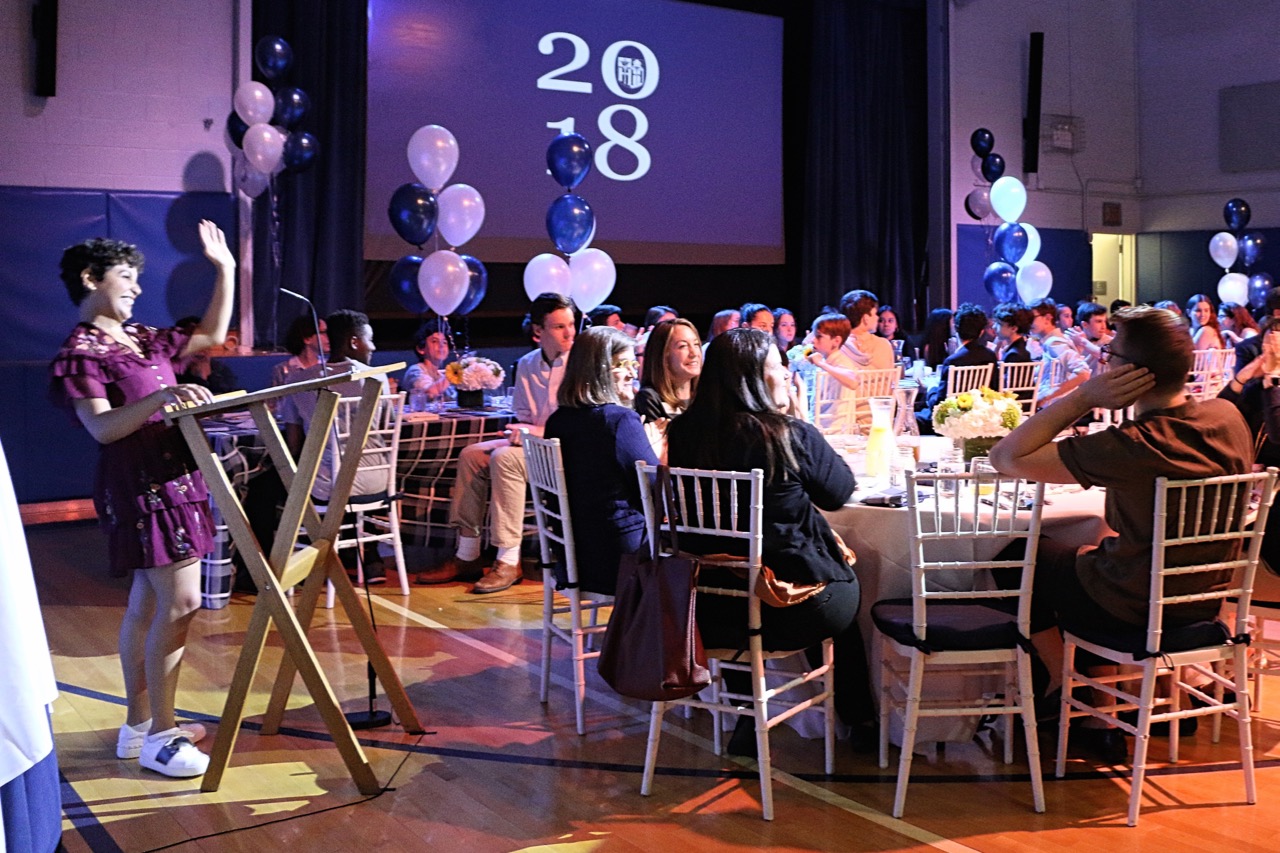 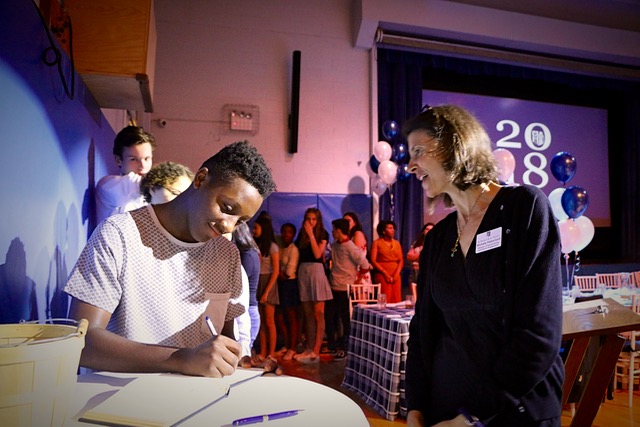 The class of 2018 was welcomed into the alumni family by a 2007 graduate, Coral Peña. Peña, an actor who appeared this year in Steven Spielberg’s The Post with Meryl Streep and Tom Hanks, spoke at a dinner for St. Hilda’s & St. Hugh’s eighth graders and their parents.

While she talked about her Hollywood mentors, Peña reserved her highest praise for her St. Hilda’s & St. Hugh’s classmates and teachers—many of whom are still on the faculty.

“This community accepted me, supported me, and made me who I am today,” she said.

Peña grew up in public housing, in Harlem. The daughter of single mother who was a Dominican immigrant, Peña transferred from public school to St. Hilda’s & St. Hugh’s in fourth grade.

“St. Hilda’s was my first experience of working within such high academic standards,” she said. “I was scared to fail at first, scared I would embarrass myself.”

Peña said she never felt excluded. “I was surrounded by people who made me feel like I shouldn't feel ashamed. If it weren't for that, I don't think I could be the confident individual I am now. I’m proud of everything that made me me. And I have the capacity to feel that way about myself because, here at St. Hilda’s & St. Hugh’s, I had teachers and peers who believed in me.”

Peña’s confidence and self-acceptance have taken her far. After graduating from St. Hilda’s & St. Hugh’s, Peña attended The Peddie School and then New York University’s Tisch School of the Arts. After graduating, she won TV roles on “Blue Bloods” and later starred on “24: Legacy.” Then last year, she was cast by Spielberg in The Post. She was the youngest actor on the cast and the only person of color to have a speaking role in the film.

Her first major movie role offered Peña chances to experiment, grow, and even fail. She described filming her scene with Meryl Streep and, after being praised by Spielberg, on the next take, she simply forgot her lines. “I didn’t beat myself up about that. I laughed and Meryl laughed. The whole room laughed. Because we knew failure was part of the good. And it was amazing that we gave each other the gift of failure.”

Peña encouraged the class of 2018 to take chances. “Wear your ‘bad’ like a badge of honor. Go to high school and be so, so bold, even if you fall flat on your face. That’s how you to learn. Everyone needs to go through that, everyone needs that chance to grow. To be wrong. You will never be good if you just try to be right.”

As the class of 2018 prepares to attend a variety of outstanding day schools, boarding schools, and specialized high schools, Peña encouraged them to bring the values they share at St. Hilda's & St. Hugh's to their next school communities.